by Abigail Porter
Comments are off 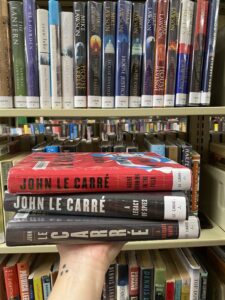 David John Moore Cornwall, better known as John le Carré, passed away on December 12 and he was one of my favorite authors.  I wanted to honor him and his famous character George Smiley by creating this list of my favorite of his novels and movies inspired by his works.  During the 1950’s and 1960’s, le Carré really did work for MI5 and MI6, which gives his plots and characters realism.  His son Nick Harkaway is also an excellent science fiction writer!